When Do Puppies Start Barking?

Cows go ‘moo’, pigs go ‘oink’ and dogs go ‘woof’, right? Canine communication is a little more complicated than children's books may lead us to believe. Dogs are capable of a range of vocalizations and barking is just one of them. Not all dogs will do it to the same degree. A dog's system of communication consists of various factors, not limited to vocalization. Body language and posture are also very important. Barking is, however, perhaps the most obvious since its nature attracts attention.

If you have recently adopted a new puppy, you may be asking, “When do puppies start barking?” Perhaps you are worried they are going to be loud or their lack of barking signifies a problem? AnimalWised helps to clarify and reveals what a dog's barking says about them.

You may also be interested in: When Do Dogs Start Lifting Their Legs to Pee?
Contents

Why do the dogs bark?

A dog's bark can be triggered by multiple factors. As a form of communication, it is designed to attract attention, so we need to be aware and not ignore a dog's bark. However, paying attention to a dog's barking is not the same as encouraging it. As we live with a dog, we will start to learn their different types of bark which vary in tone, volume, frequency and intensity.

Some of the emotions which trigger a dog's bark include enthusiasm, stress, alertness, surprise or fear. There are also many undetectable signals which can lead to a dog barking. The emotions are elicited by various stimuli in their environment. The causes of a dog's barking are varied and often multifaceted. However, the general reasons a dog will bark include:

To gain a better understanding of why dogs bark, we can look at this article on various causes of unexplained barking in dogs.

It is essential we be clear that a dog barking is not synonymous with aggressiveness or threat. Is is most often an alarm or warning signal directed to their family, whether canine or human. Given the importance of barking in a dog's life, knowing when it will begin is helpful in understanding their development. Barking begins at the puppy stage.

When does a puppy start barking?

Many first-time dog guardians wonder when their puppy will start barking for the first time. A puppy will begin to vocalize within the first weeks of their life. However, even having the ability does not mean they will do so immediately. Similarly, a dog's first bark will be very different to the ones they will later emit as an adult. The same goes with other vocalizations such as growling or howling.

Around 6 weeks or so, the puppy will have practiced their vocalizations to the point they can create their first bark. This is only an average timescale, some dogs will take longer while others will be more precocious. Puppies will bark for multiple reasons, just like adult dogs. However, much of their vocalization will be part of their learning development. Similarly to how a human baby will make noises to learn language, a puppy will emit sounds to interact with their environment. They may be calling attention to their mother, to us or to indicate they want to play with their siblings.

My puppy barks a lot

Puppies are constantly learning and developing. When they discover something new, they will need to repeat it to assimilate it into their nature. This goes the same with barking. This may mean they bark a lot when they start to learn. Barking can also occur more often when the puppy is still with their mother and siblings. Barking is an important part of play. Similar to how they need to know bite inhibition, knowing when barking is and isn't appropriate is a learning process which can take some time.

In any case, the best solution is to ignore their barking and then reinforce a calm attitude when it stops. To do this, we provide positive reinforcement in the form of caresses, words of encouragement or even treats. However, if the puppy is barking because they are hungry, need water, are stressed or are suffering a health problem, then we cannot ignore their basic care needs.

How to control a dog's barking

In order to prevent our dog from barking uncontrollably, it is important we know what has initially triggered it. When we are next to them, we might be able to detect what is wrong and calm them. However, some dogs only bark when they are alone, a behavior which may also include property destruction. This is known as separation anxiety and the barking begins when we leave them for any period of time, sometimes even going unnoticed until we arrived back. Spending more time with them, removing stressors, enriching their environment and mental stimulation. Read our article on separation anxiety to know more.

Another cause of excessive barking in puppies may be due to the presence of strangers. When we have a visitor, their enthusiasm leads to barking at the door or at the sound of a doorbell. In this scenario, the barking is often a sign of the bond you share. They are trying to alert us to a possible danger as they perceive the visitor. They may also simply be excited at the prospect of a new guest. These types of reactions are why obedience training is so important. By telling them to sit and rewarding calm behavior, barking can become less of a nuisance.

When a dog barks at strangers is could also be a problem related to territoriality. In the most serious cases, this can lead to aggressiveness. It is essential to avoid visitors until this situation is remedied. We need to first take them to the vet to confirm there is no underlying medical problem. A canine behavior specialist will then need to be called to provide practical assistance in changing their behavior patterns. Spaying or neutering the dog may also be able to help in these situations.

A dog may also bark intensely when they want something and cannot get it. A puppy will first bark when it wants to suckle their mothers teat, but adult dogs will also do the same. If it is something the dog cannot have, then we need to remove it from their sight. A dog may also be possessive over certain objects, but this is not healthy behavior. They usually do so because they do not feel secure about their resources. Finding way to reassure them can help combat possessiveness in dogs.

Counteracting excessive barking is easier if we do it when they start barking and not when it has become intensified. Using the word ‘no’ can be counterproductive because they don't always know with what they should be associating the word. Scolding is similarly problematic and can make barking worse.

Sometimes it is not possible to determine the cause of a dog or puppy's barking. This is because they are barking due to stimuli which is undetectable to us. Even so, we must endeavor to find it out or at least distract and calm when it happens. A phobia of certain objects can also trigger excessive barking. This is usually due to poor socialization at the puppy stage, so we will need to correct it.

If a dog barks at strangers on the street, it is important to stay calm. Instead of pulling at the strap and scolding them, we should stop and order them to sit still. Congratulate them or provide a treat when they obey. In more extreme cases when the dog is aggressive, behavioral modification sessions will need to be carried out after a general examination at the veterinarian. A puppy going outside for the first time will likely simply be barking out of excitement, so we need to take into account the trajectory of their development.

Why is my dog not barking?

Although barking is typical of dogs, not all dogs will bark to the same degree. Some of this is due to breeds which are genetically less predisposed to do so. If a dog is barking more or less than other dogs you know, it doesn't necessarily represent a problem. It is also important to remember it can take a while for a puppy to develop their barking skills, so don't worry if they are very young.

In rare cases, a dog will bark less than they have done before. One of the major reasons for this is due to age. When a dog becomes elderly, they lack enthusiasm in general and this can be reflected in barking less. Dogs might also reduce barking when they are unwell. Inflammation caused by laryngitis can lead to a dog not barking as much, but certain diseases can deplete their energy to the point even barking is difficult. It is important to look other symptoms and take them to the veterinarian if we are in any doubt about their well-being.

Finally, it may also be possible the dog needs time to feel uncomfortable. When you adopt a puppy or an adult dog into your family, it will take some time for the dog to get used to their new surroundings. Also, some dogs which have been abandoned, abused or otherwise traumatized may take longer to express themselves properly in a new environment. Once they have acclimatized, barking should continue as usual. 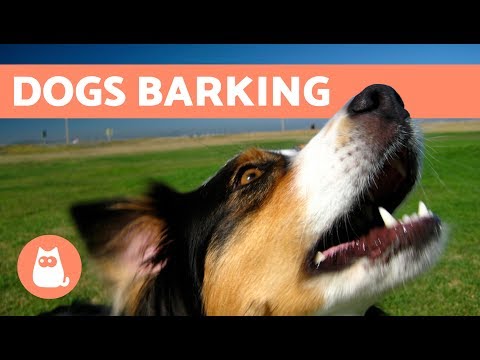 If you want to read similar articles to When Do Puppies Start Barking?, we recommend you visit our Facts about the animal kingdom category.

Bibliography
When Do Puppies Open Their Eyes Fully?
When Do Dogs Lose Their Baby Teeth?
What Do Dogs Do When Left Home Alone?
Why do Dogs Get Stuck when Mating?
Related categories
Endangered animals
Most read
1.
What Animal am I According to my Zodiac Sign?
2.
What Does It Mean When a Cat Shows Up at My Door
3.
10 Most Beautiful Animals in the World
4.
Animals With Scales - Full List
5.
Why do Dogs Get Stuck when Mating?
6.
Can Cats Absorb Negative Energy?
7.
The 10 Most Solitary Animals in the World
8.
Differences Between Deer, Elk, Moose and Reindeer
Why Do Dogs Put Their Ears Back When Petting Them?
When is a Cat an Adult and When do They Stop Growing?
What Do Dogs See?
How and When Do Bears Hibernate?
Animals That Start With I
How Do Dogs Communicate?
Do Cats Come Back When They Run Away?
Why Do Woodpeckers Peck Wood?

When Do Puppies Start Barking? 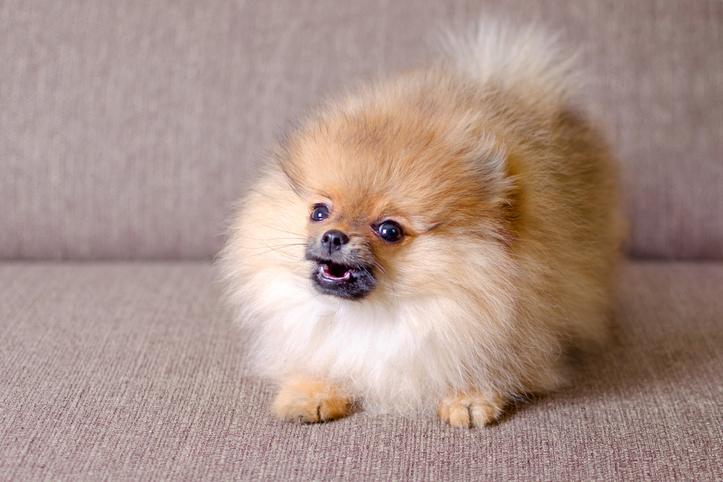 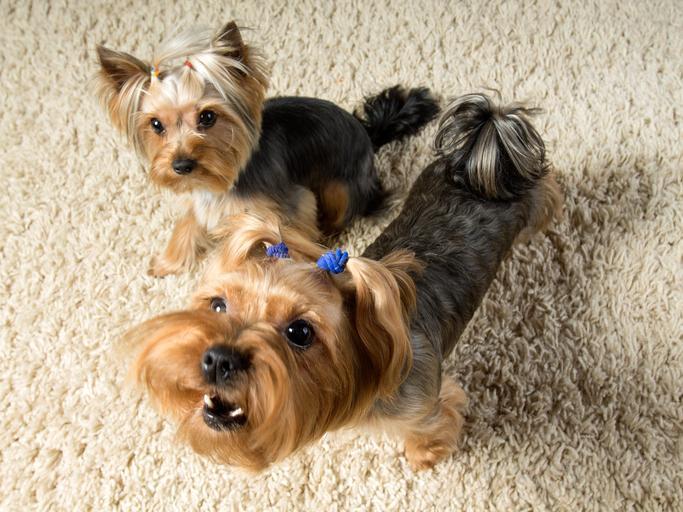 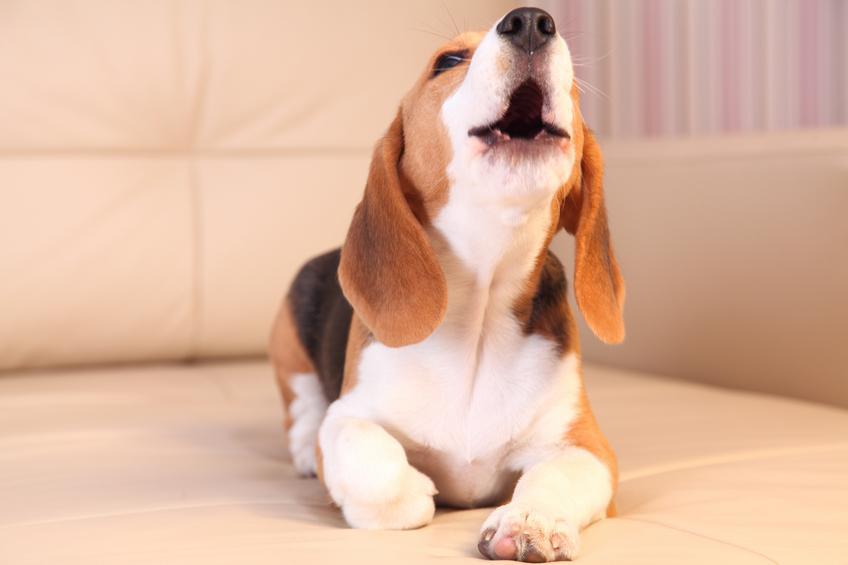 1 of 3
When Do Puppies Start Barking?
Back to top