Fauna of the Peruvian Jungles

Peru is a relatively big country in the west coast of South America; as such, it contains diverse landscapes and climates across different regions. There are arid coasts, dramatic highlands in the Andes, and the Amazon rainforest to the east - in other words, the jungle.

The fauna and flora of the Peruvian jungle are very rich and diverse. There are actually two types of jungles in Peru. One is the selva baja or Low Amazon, and the other is the selva alta or Yunga. Both kinds of forests hold very different wildlife.

In the Low Amazon, or selva baja, there are larger animals and a wide array of aquatic creatures that live in the vast Amazon basin and its tributaries. The Yunga or selva alta, meanwhile, has a predominance of birds, of which some are indigenous. It is also populated by insects and large bears.

In this AnimalWised article you will get to know the fauna of the Peruvian jungles and be amazed by the interesting things that can be found there.

You may also be interested in: Native Animals of the Sierra Nevada
Contents

The jaguar (Panthera onca) is called Otorongo in Peru. This stunning animal is undoubtedly the largest feline in the continent of South America. It's the main predator of the Amazon rainforest, and its habitat in Peru is the selva baja or Low Amazon.

It is similar to the leopard in that that it has black spots over a yellowy-red coat, but it is different in many other ways. The jaguar is heavier and more solid than the leopard, and it doesn't climb trees.

Its hunting technique is legendary: It's based on silent, furtive movements, which allow it to take its prey by surprise. In a single movement the prey is immobilized by its huge claws to be then grabbed by the neck by the jaguar's huge fangs.

Anacondas are the biggest constrictor snakes in the world. They love staying underwater, as they are excellent swimmers. They also like to climb trees to find a resting place, especially if they are digesting a large prey.

Of the four species of anaconda found in South America, the green anaconda (Eunectes murinus) is native to the Peruvian Low Amazon jungle. This constrictor is greenish-gray in color, and it has dark and ocre oval spots on its back and flanks, while its belly is of a lighter shade.

Anacondas are the second longest snakes in the world, after the reticulated python. However, they are undoubtedly the heaviest on the planet. Females are much bigger than males. There have been cases of females exceeding 6.5 meters (22 feet) in length and weighing more than 200 kg (440 lb), although their size is notably difficult to estimate.

They hunt by jumping down onto the prey from a tree, but also by waiting underwater until an animal approaches to take a drink. Anacondas kill their victims by constriction, which means they are eventually unable to breathe.

The harpy eagle(Harpia harpyja) is one of the largest raptors in the world. The wingspan of a harpy eagle can reach 2.25 m (7'4''), while their legs are relatively short and thick, with highly-developed talons.

Harpy eagles are known for their double-crested heads and very long, feathered tarsi - the bones at the bottom of their legs. Males and females look alike, except that males are much smaller.

A harpy eagle kills its prey through the simple pressure of the talons. Its tail is larger and longer than other birds of prey, giving it greater maneuverability in wooded areas. Its habitat is the Peruvian Low Amazon.

The Amazon river dolphin (Inia geoffrensis), also called Boto or pink river dolphin, is a large cetacean that lives in the tributary rivers and lakes of the Amazon basin.

An outstanding feature is that its cervical vertebrae are not fused together, unlike that of marine dolphins, which allows it to sharply rotate its neck. The Amazon river dolphin is an endangered species. It eats fish, frogs and water snakes.

The Andean cock-of-the-rock (Rupicola peruvianus), known in Quechua as tunki, is native to Peru. This beautiful and strange bird measures around 32 cm (13 in) long. The tunki is protected in Peru, and as such its hunting and sale are completely prohibited.

The Andean cock-of-the-rock has pronounced sexual dimorphism, with males being very brightly colored - usually red - with a distinctive crest. Females, meanwhile, are duller in color and have a smaller crest. They feed on fruits and live in the Peruvian Yunga.

The quetzalis a family of birds (scientifically known as Trogonidae) known for their stunning, bright colors and feathers. The name means "erected" or "upstanding", and it refers to their long, feathered tail, which double the length of their body.

The quetzal was related to the god Quetzalcoatl in pre-Columbian cultures, and it was also linked to royalty. The name can mean "sacred", and it symbolizes freedom.

The Andean or spectacled bear (Tremarctos ornatus) has an enormous head which is disproportionate to the rest of its body. The peculiar pattern of white fur surrounding its eyes and nose is what gives it the nickname "spectacled". The rest of the fur on its face and body is black or dark brown.

These animals can exhibit both diurnal and nocturnal habits, depending on their interests. They are omnivores, like most bears, and alternate termites with honey, carrion or prey. The native habitat of Andean bears is in the moors and forests of the Peruvian Yunga.

If you want to read similar articles to Fauna of the Peruvian Jungles, we recommend you visit our Facts about the animal kingdom category.

Fauna of the Peruvian Jungles 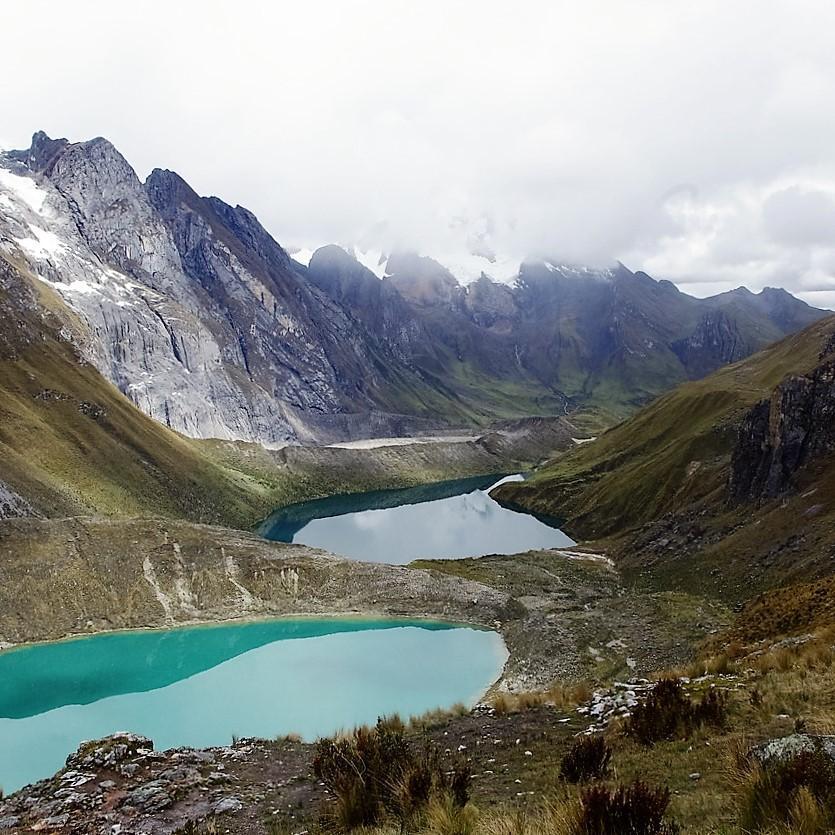 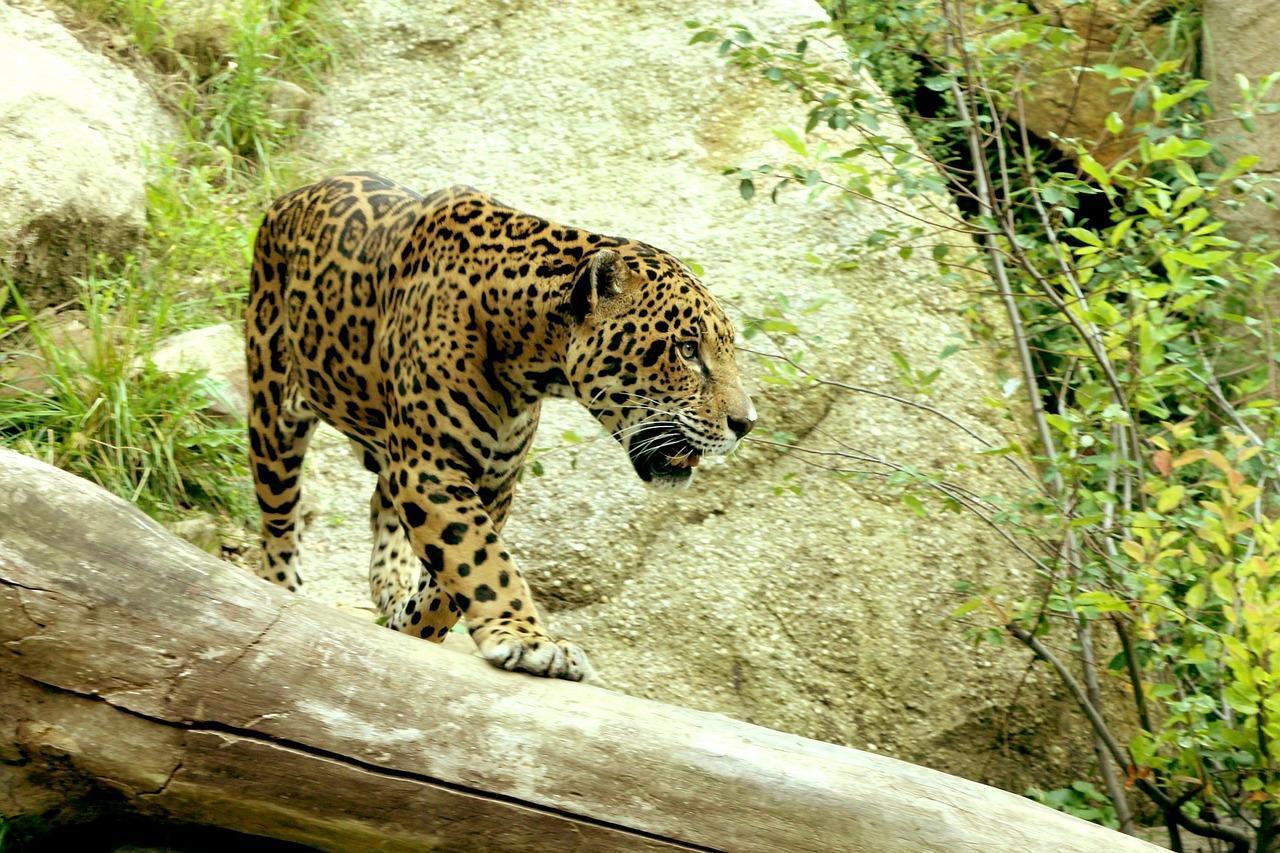 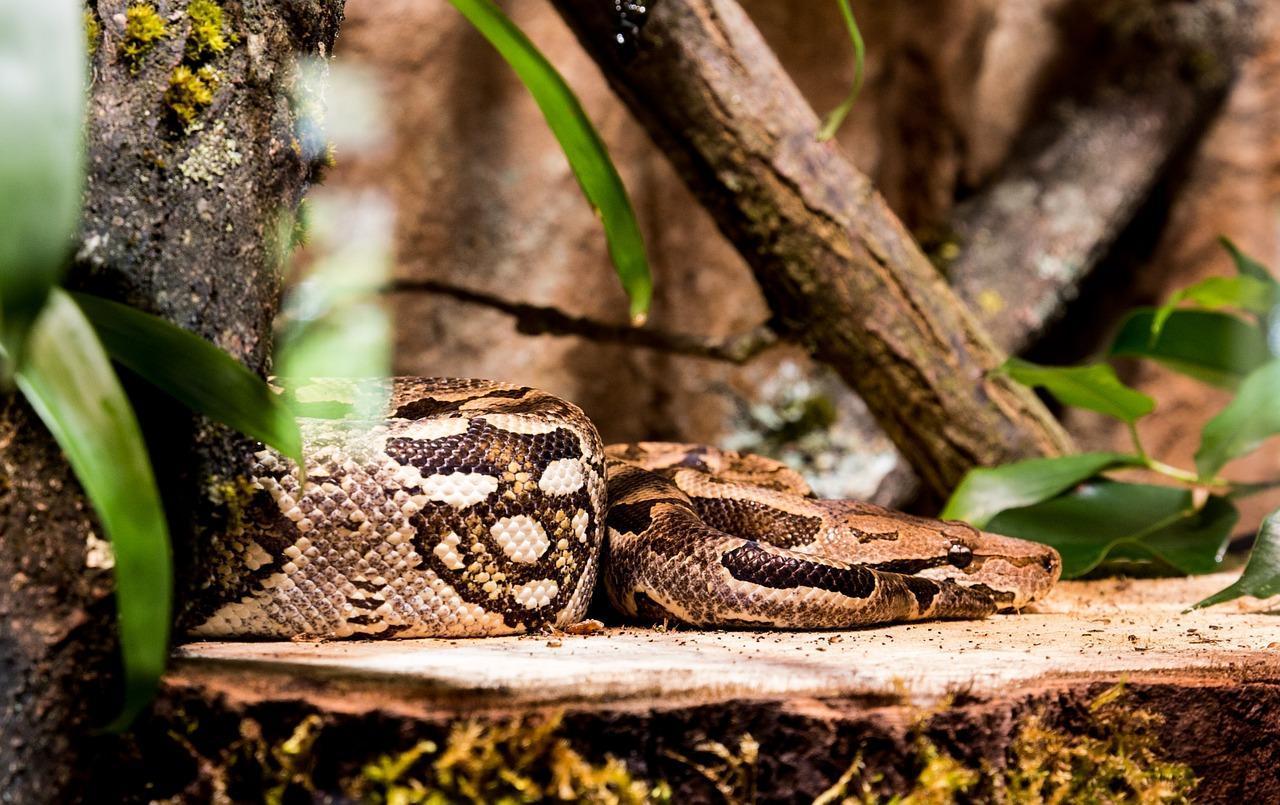 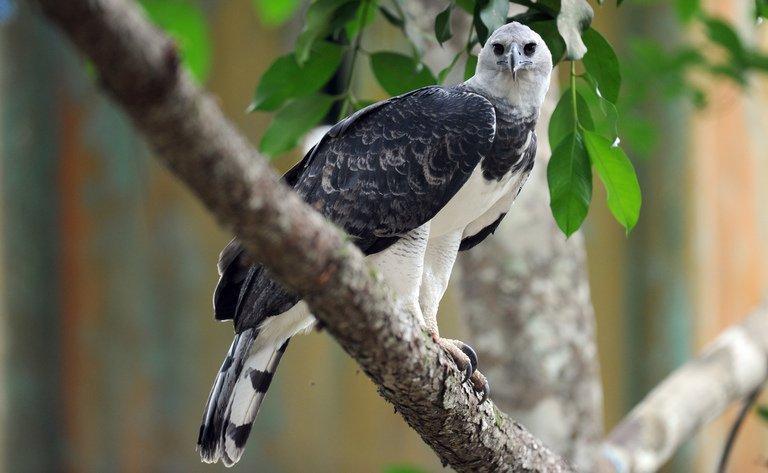 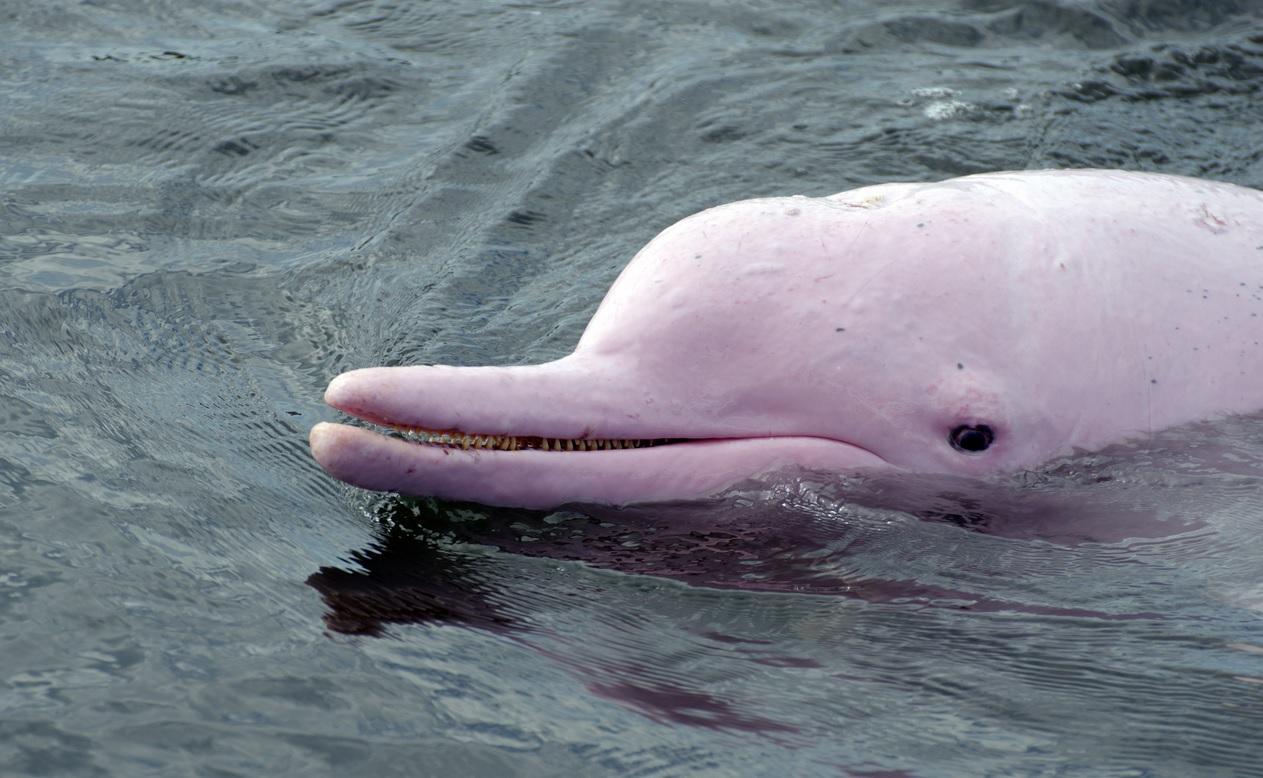 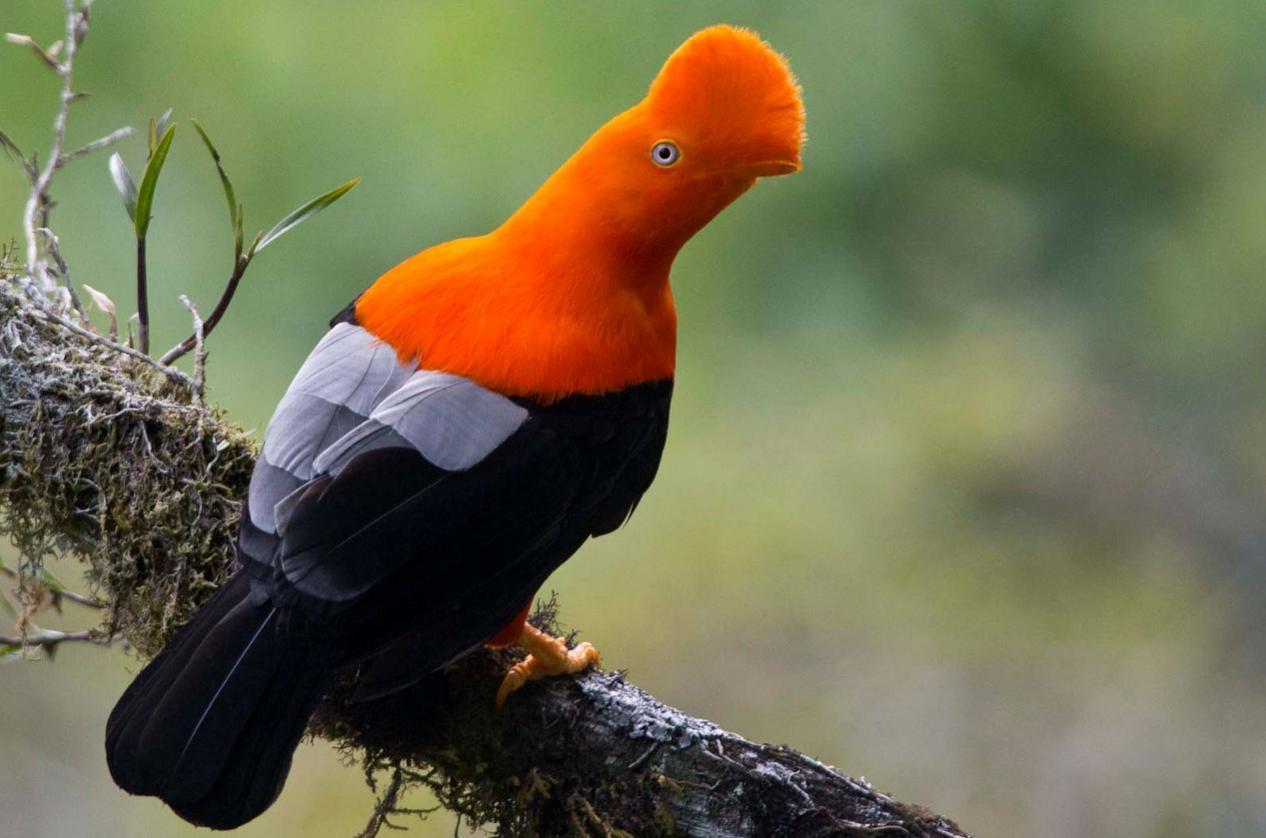 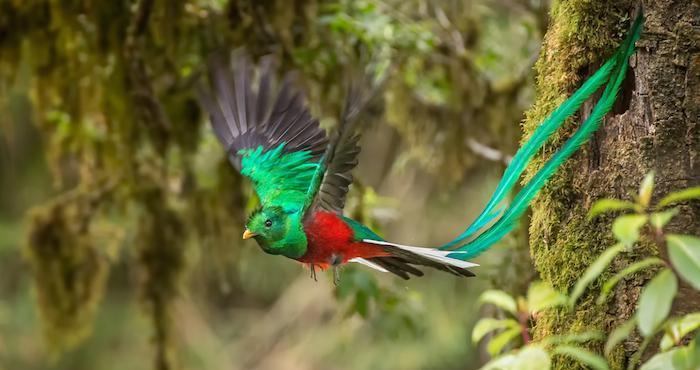 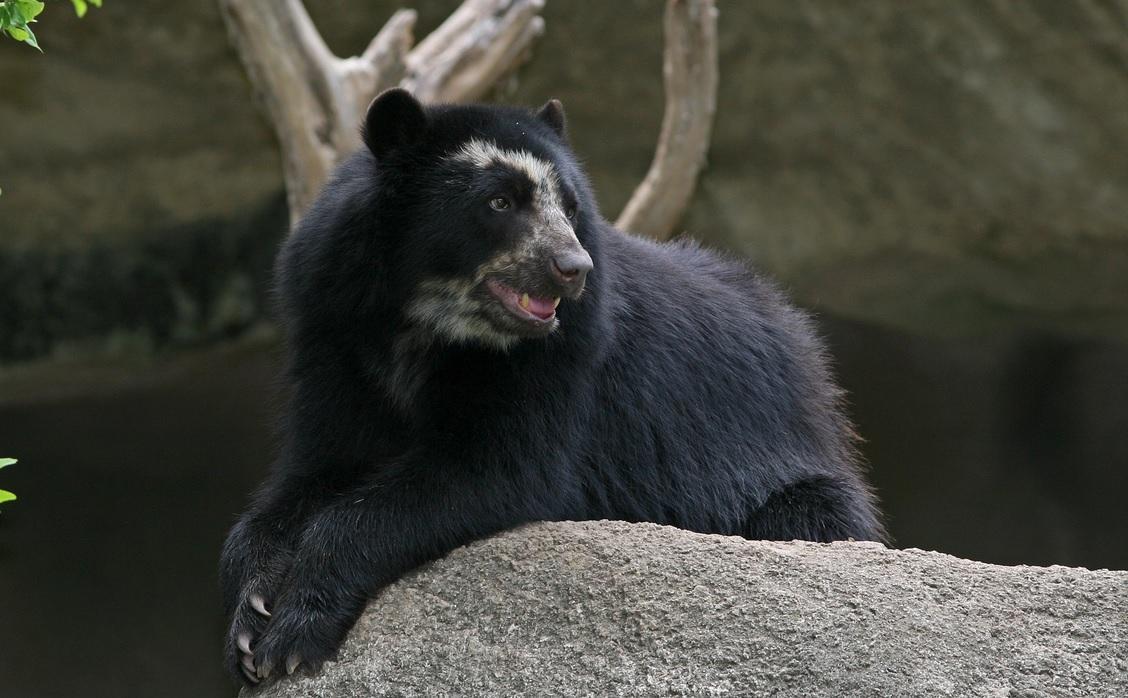 1 of 8
Fauna of the Peruvian Jungles
Back to top