By Nick A. Romero, Biologist and environmental educator. July 20, 2022

The Panthera genus of mammals is one we humans find most fascinating. Found within the Felidae family of animals, they include lions, tigers, leopards and jaguars. It was only recently that genetic analysis found that snow leopards (Panthera unica) also belonged to this genus, but they are perhaps the most fascinating of all. Able to survive in various habitats, they are usually the apex predator of their ecosystem. Not only are they beautiful and agile, they are fierce and incredibly adept hunters.

At AnimalWised, we help you get to know this big cat better by providing these 25 snow leopard facts. After you read our fun and interesting facts about snow leopards, you can share anything we have missed out by leaving a comment below.

Initially, the snow leopard was only species in the monotypic genus called Uncia. Their taxonomic name was Uncia uncia. Taxonomic studies work to determine the relationship between different animal species. With the advancement of genetic research, it was determined that snow leopards were sufficiently close to the genus Panthera that they were transferred to this new genus. Thereafter, they have been identified as Panthera uncia.

Snow leopards are closely related to the tiger

Another aspect revealed by genetic studies is that the snow leopard is a sister taxon, i.e. it is very closely related to the tiger (Panthera tigris). It is believed the two species diverged from each other no more than 4 million years ago.

Their mitochondrial genes are also similar to those of the lion (Panthera leo) and leopard (Panthera pardus). This suggests there was as hybridization in their ancestors.

Learn more about the snow leopard's big cat cousins with our list of the different types of tigers.

One of the most obvious fun facts about snow leopards is their long tail. This valuable appendage can measure 75-90% their total body size, meaningit can reach a meter in length. This extremity is used to help balance on the complicated and rocky terrain where they usually live, but also to thermoregulate when temperatures are very cold.

Snow leopards have unique head features that distinguish them from other cats. Among them we can mention that its skull is generally shorter, it has a higher frontal area, the orbits are more rounded and the bones known as zygomatics are longer.

Although we have mentioned their similarities with other big cats, our next fun fact about snow leopards shows one of their differences. As with other animals in the genus Panthera, the snow leopard has a partially ossified hyoid bone and vocal folds which usually allow for roaring.

However, a snow leopard's vocal folds are not long enough to roar. Instead they produce a kind of high-pitched howling and grunting. One of the easiest fun snow leopard facts to remember is that they are the only member of the Panthera genus that cannot roar.

The front legs of snow leopards are well developed. In fact, they are more muscular than the hind legs. The hind legs are long in relation to the body and all these characteristics allow them to move nimbly over cliffs and rocky terrain that are inaccessible to other animals, even humans. They are also well protected to allow them to survive snowy areas with very low temperatures.

We continues our list of interesting snow leopard facts with their habitat preference. This species is native to Asia and thrives in steep, rocky and even arid ecosystems. Preferably, it chooses to be on the edge of areas with vegetation. They generally avoid open ecosystems such as coniferous forests. This is because they like to stay away from habitats with dense vegetation, unlike other species of cat.

Snow leopards can live more than 5,000 m above sea level

Although in some areas the snow leopard only lives about 500 m (1640') above sea level, some live as much as 5,800 meters (almost 20,000 feet) high. This is the case with areas such as the Himalayas and the Tibetan plateau. Not only are they very high up, but these are environments with very particular conditions that not any species can withstand.

The next of our interesting snow leopard facts is due to their characteristic lush fur. This feline needs a thick coat to be able to cope with the harsh winters which they can experience. For this reason, their fur is denser and longer than other species of their genus. This means their shed which occurs twice a year can be abundant. Molting helps to renew their coat and keep it healthy.

The females of the species invest at least a year in the breeding and care of their cubs. They need this time to learn and develop until the cubs can fend for themselves. Females only mate every two years to have enough time to recover and leave viable offspring.

Perhaps the least fun fact about snow leopards is due their receding population densities. The snow leopard is another species classified as ‘vulnerable’ by the International Union for Conservation of Nature (IUCN). Their status is likely to change to ‘endangered’ very soon if populations fail to recover. Currently, it is estimated there are fewer than 4,000 individuals in the wild.

In addition to the breeding conditions of the species, human activity, the destruction of habitat and climate change are the main threats to the snow leopard. Different conservation plans are being developed in response. Learn more in our article which details why snow leopards are in danger of extinction.

Other facts about snow leopards

Our list of fun and interesting facts about snow leopards doesn't end there. We have only reached the tip of the iceberg with this truly amazing animal. There are many other amazing snow leopard facts we need to share. In addition to the above facts, we mention other curiosities of the snow leopard:

Learn more about the animals with which they share some habitats in our guide to the native animals of the Himalayas.

If you want to read similar articles to Snow Leopard Facts - Fun and Interesting, we recommend you visit our Facts about the animal kingdom category. 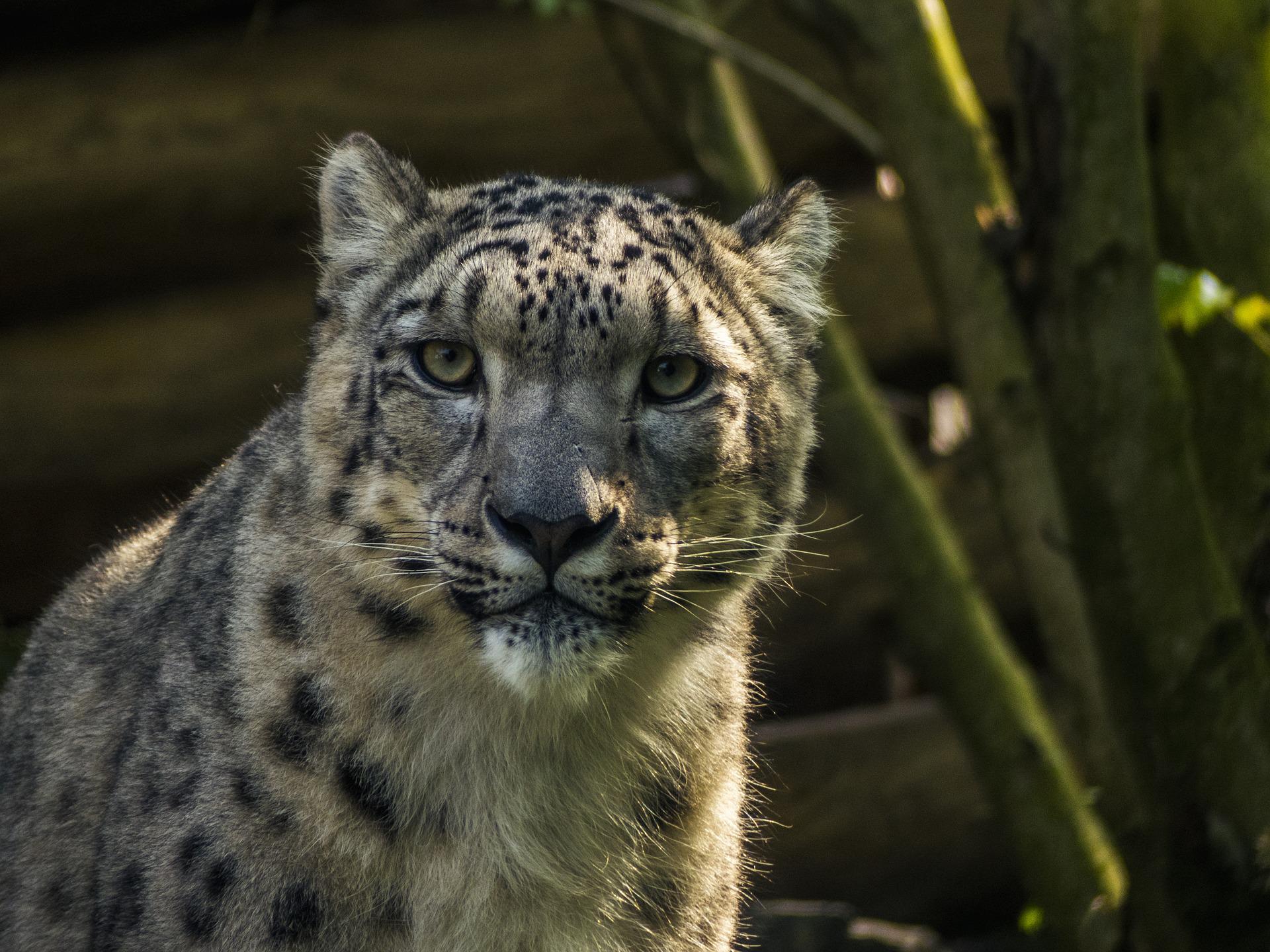 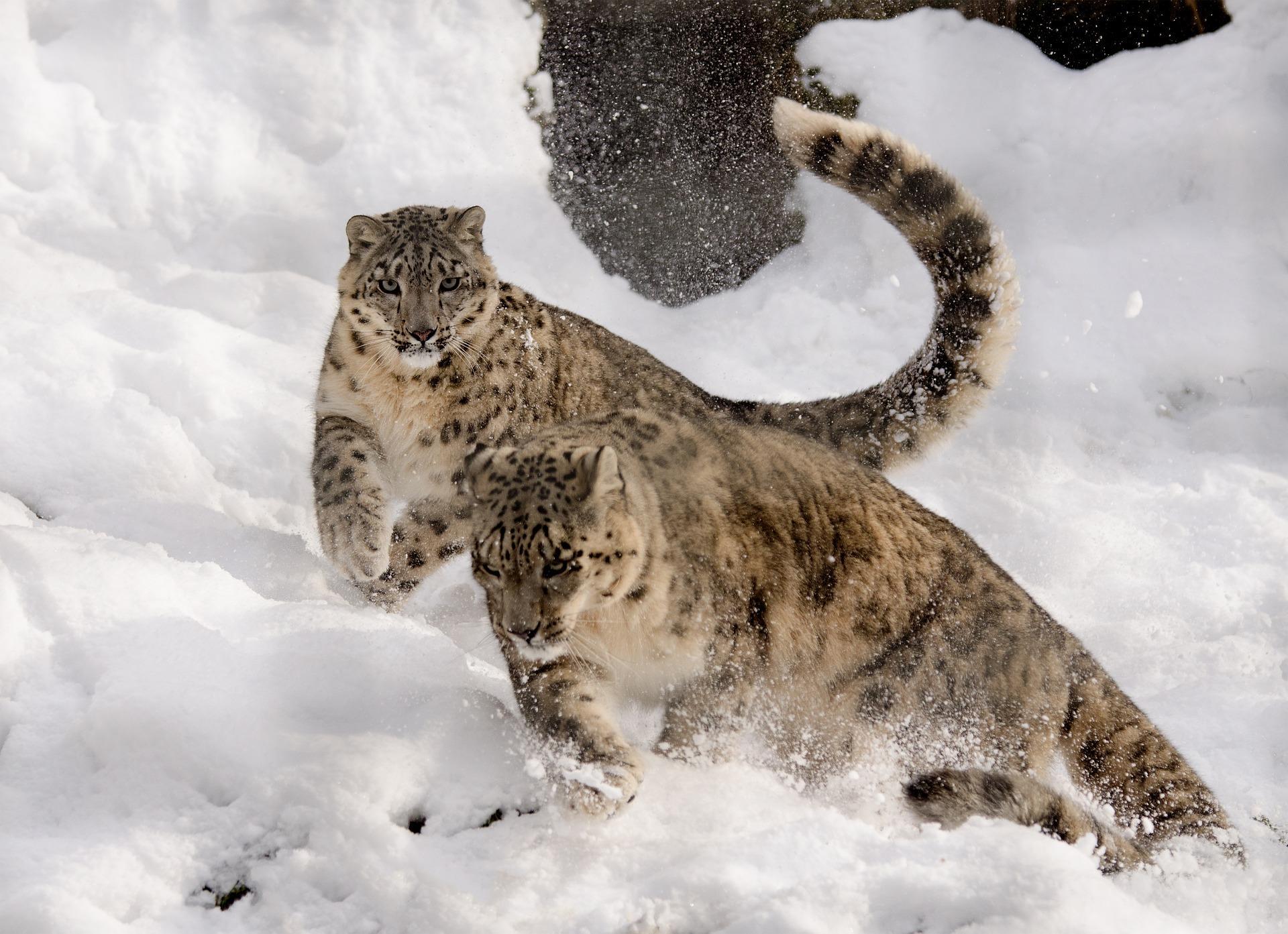 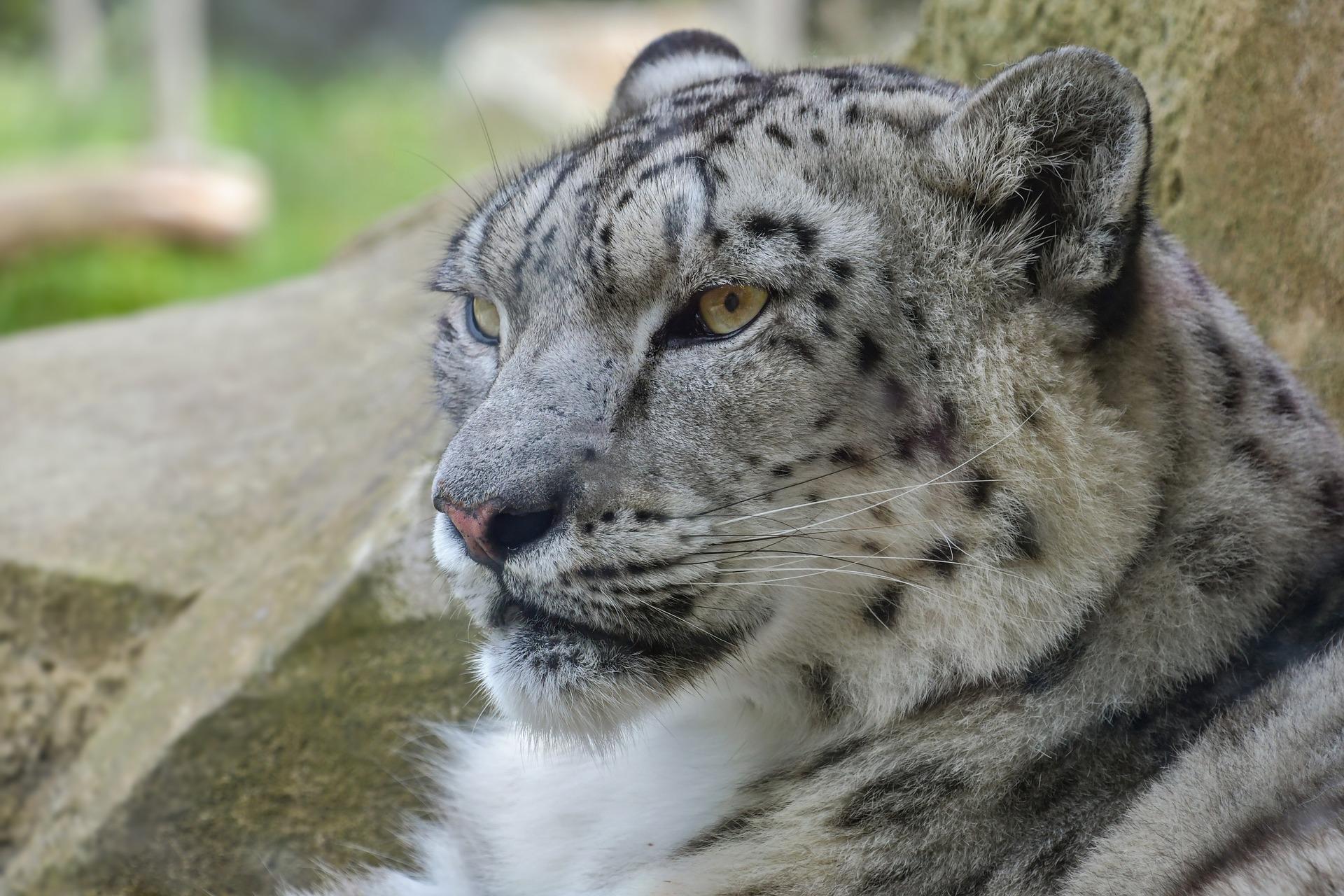 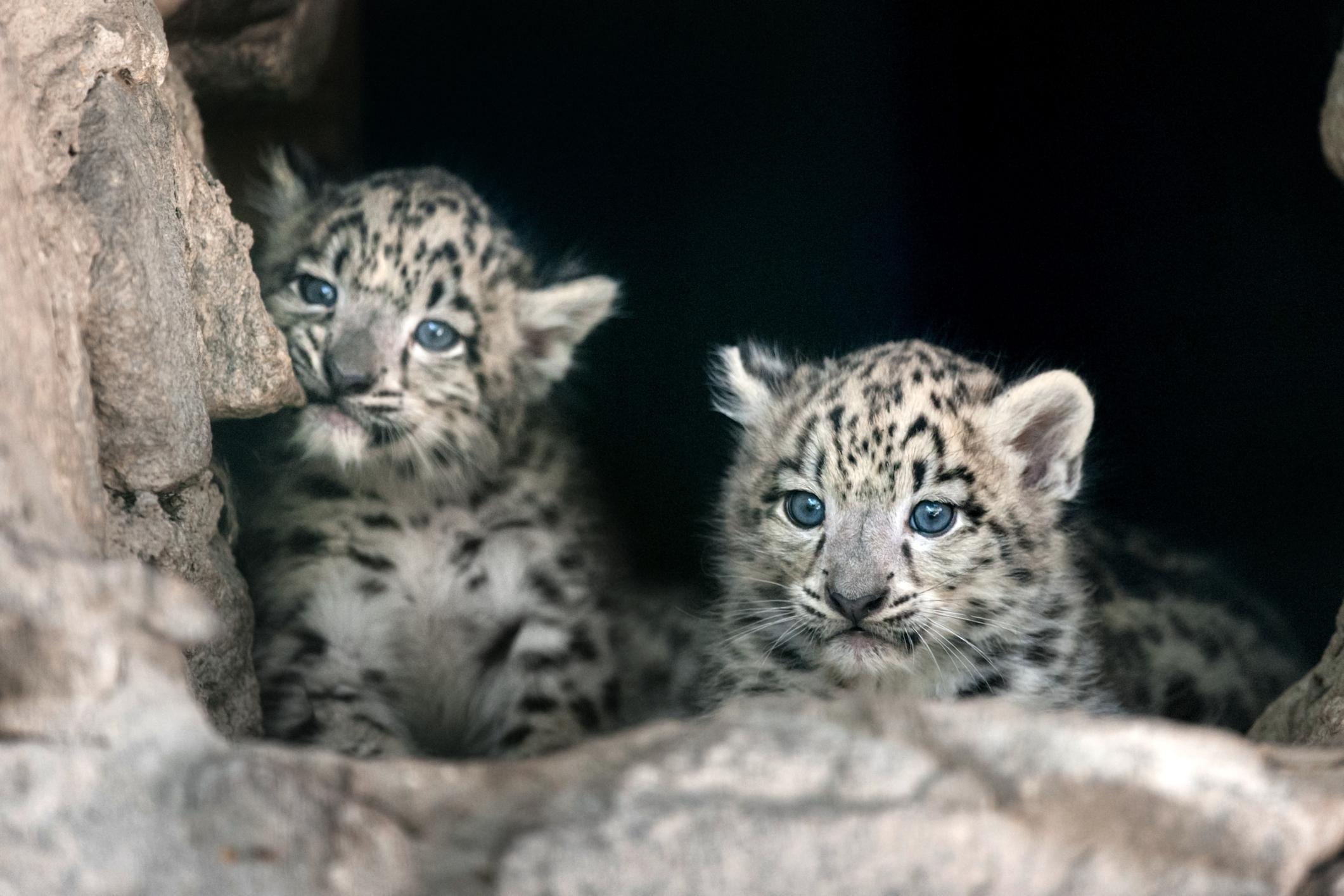